According to research poverty is growing faster than in rural areas. Around the world, approximately one billion people live in urban slums, which are typically overcrowded, polluted, and lack basic services. The situation is worst in developing countries like India . The slums of Varanasi portray a pathetic picture of life in slums.

Varanasi one of the oldest living cities in the world also faces the challenges of rapid urbanization. Varanasi (also known as Kashi or Banaras) is one of the oldest living cities in the world with a  continuous history dating back 3,000 to 5,000 years. it is known as the cultural and spiritual capital of India. Varanasi is located on the left crescent-shaped bank of the Ganga River. Varanasi by 1991 it became million cities. Rapid urbanization has increased urban problems in Varanasi city. urbanization with a poor economic base and without having functional categories led to some basic problems in the city like housing, slums Transport, water supply, and main problem child education no facility available and infrastructure, etc.

Slums in Varanasi city has been continuously increasing from 1941 to 2011. with the increase in population of city , migrating people which could not avail the facilities of formal housing market , satisfied their needs by occupying vacant land and this has resulted in formation of slums. another factor which contributes in the formation of slums , is proximity to workplace and low level of income. people living in the slums of Varanasi city are poor working as labour, rickshaw pullers and thela keepers 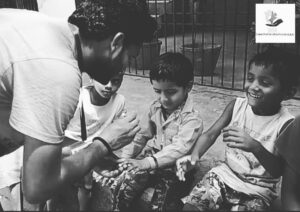 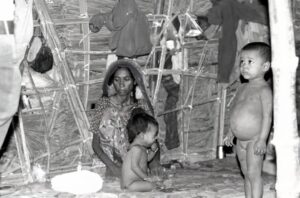 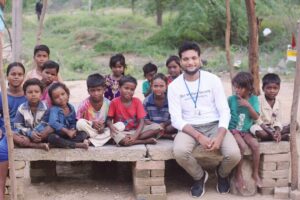 For the survey 2 slums area were selected now the different parts of Varanasi city.

1. The Karsana which is located on the Eastern part of the Varanasi is adjacent to the western side of BHU and Ganga River. In this ward, 25 households were surveyed. This slum is situated near sunbeam suncity.

2.Chittupur ward is situated in the middle part of the city. It is mainly situated on the back of BHU. . In this ward 25 households were surveyed.
Due to the location on the main road, the position of dwellings is better than other slums.

In the present study altogether 10 variables have been carefully chosen to determine the existing quality of life in the slums of Varanasi city.

Electricity is considered as a parameter of measurement of development and quality of life. Regarding this parameter, it is seen that 70% of sample households in slums used electricity, while 30% household used kerosene as a source of lighting. But it is notable that majority of household had no legal connection.

Regarding this as a parameter of the measurement of quality of life, it is seen that for the cooking LPG (36%) is used by the majority of sample household. Though much of them have not got LPG connection, they use the small cylinders of 2 kg and 4kg. The 32% residents of slums use illegal electric connection for illuminating their heaters. Kerosene, coal and cow-dug-cakes are others fuels which are used for cooking.

Safe and pure drinking water is basic need for life. The sample survey reveals that 64% residents of slum areas use water of hand pump, while 36% use water of municipal tap for drinking. The quality of water of hand pump is not up to mark. Almost all sample slums have similar value varying from 1.28 (Chittupur) to 1.48 (karshada).

One billion people of the world live in inadequate housing, mostly in slums and squatter settlements. The situation is worst in urban areas of a developing countries, where one quarter of housing units are temporary structures. The type of houses basically depends
upon the geographical environment as well as economic and social structure of the people (Sahay, 2006). A deplorable scenario exist in sample region, where all of the sample slums dominated by kachha and semi-pucca housing structure. Out of 150 houses, 128 houses had only one
room.

Sanitation is not only important for healthy, living but also ensuring a nonpolluted environment. The majority of sample households had poor sewage disposal facilities. The condition of  chittupur ,karsahda  is worst  had poor sewage facility.

Around half the urban population in developing countries is suffering from one or more of the diseases associated with inadequate provision of water and sanitation (DFID, 2001).Therefore medical facility is a significant parameter of measurement of quality of life. The 48% slum dwellers used private clinic and 35%government hospital, while 17% used traditional medical practitioner. The condition of Onkareshwar is better than other slums.

Due to widespread poverty in the slum areas, Child Education  prevails and even it can be said that poverty exists because illiteracy exists The Child education is the most significant indicator of socio-economic condition and quality of life. Though Child Education is very poor in the slums of Varanasi city, comparatively other wards are better literacy than other wards.

Divi Mostly Work on Every Factor

But now we totally Focused on Child Education .

A happy, healthy and creative child whose rights are protected and honoured in a society that is built on respect for dignity, justice and equality for all.

To enable people to take responsibility for the situation of the Indian child and so motivate them to seek resolution through individual and collective action thereby enabling children to realize their full potential.

Our minimum target is to ensure that these children are able to live a life free from Education Crises, Exploitation and are capable to Teach another poor child.

Support Us and Change the Course of a Child’s Life Today!

We are committed to spend your 100% of money to every child as per need.